In this blog, I wanted to do a quick write-up on how to automate the deployment of a Angular 5 application to Azure using angular-cli, GitHub, Octopus Deploy and TeamCity.

In this blog, I assume that you are familiar with:

I also assume that you have the proper Teamcity plugins for Node.js and Octopus Deploy installed.

To get started, you will need to allow Octopus Deploy to access your Azure Subscription and you do this by creating a Azure Active Directory Application and an Azure Service Principal Account. To avoid redundancy, Octopus Deploy has a very easy to follow guide on how to do this and it can be found here. Once you have done this, move on to the next portion of this blog.

Next, we will want to create a basic Angular 5 application using angular-cli so that we can deploy it to Azure. 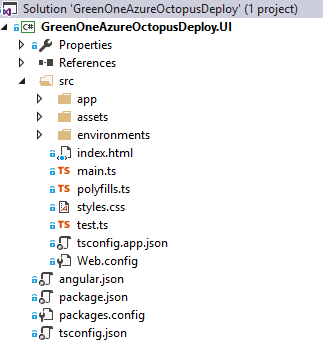 7. Next, you will want to add a Web.config to the solution and place it in the src root directory. You can use the Web.Config that I created, which you can find on GitHub:

Now, it is time to create the Build Configuration Steps:

That is pretty much it for TeamCity.

The final step is to create a new Octopus Deploy Project that will deploy your Angular 5 application to Azure via the Azure Web App you just created.

Here is what my process looked like when I was done: 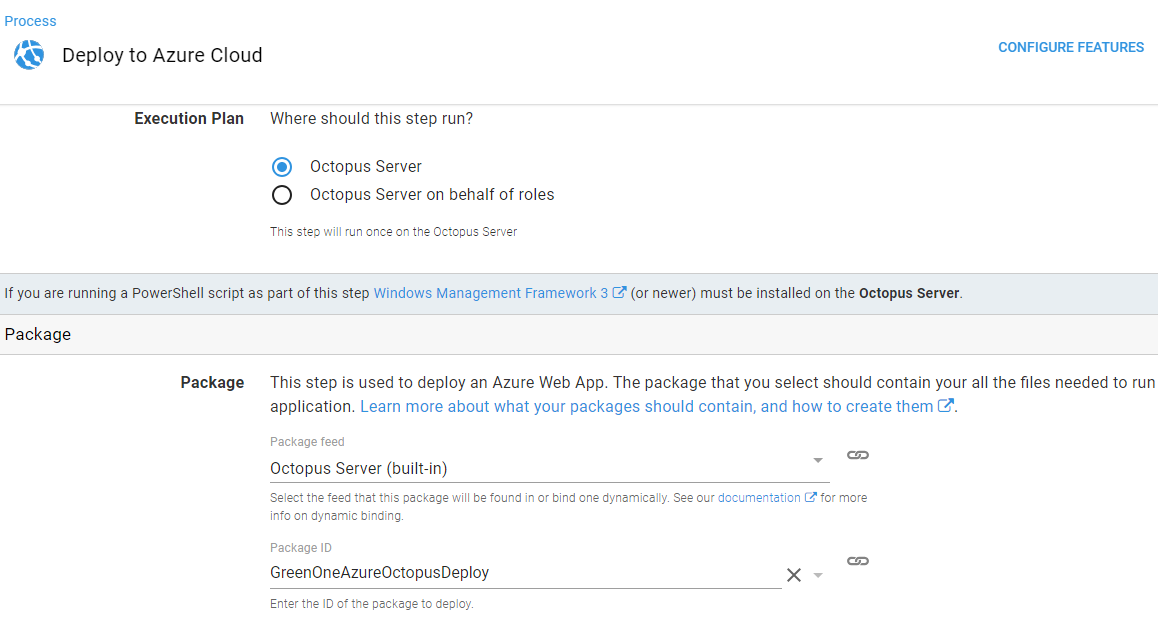 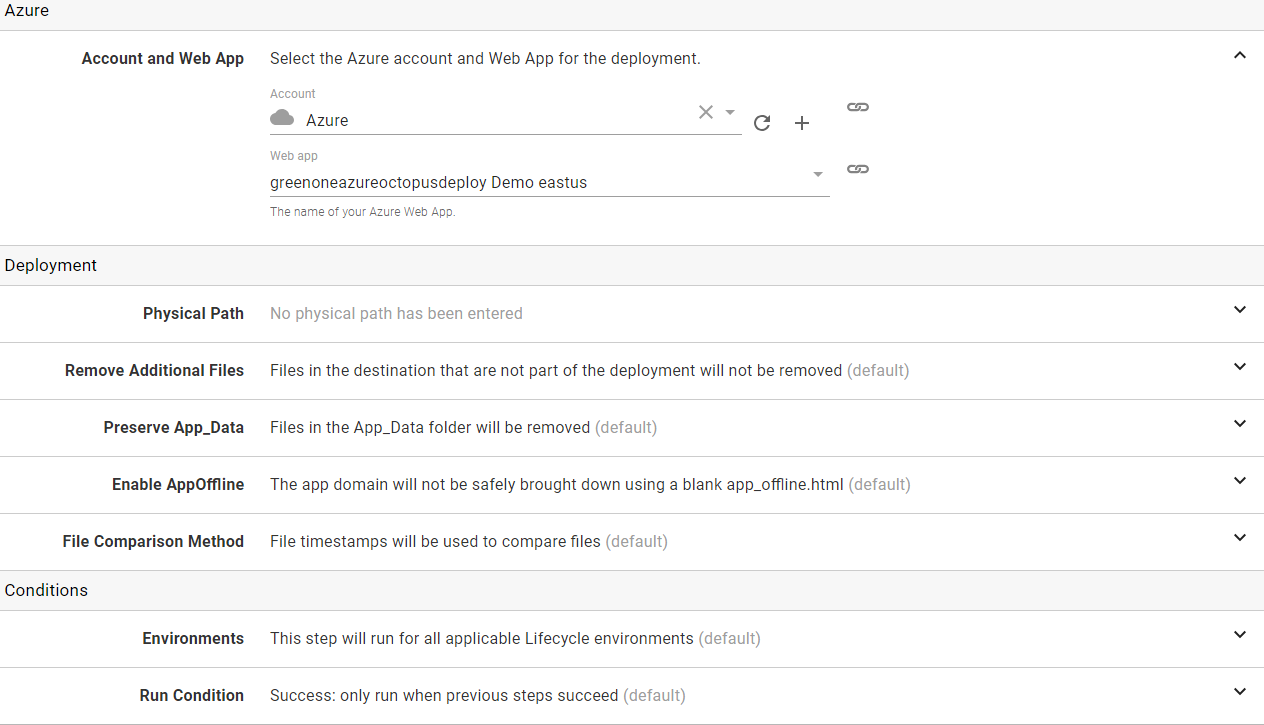 Before we deploy, let’s recap what we have done:

Let’s head back to TeamCity and deploy the Project (alternatively, you could just make a change to the Angular 5 application and push the changes to GitHub). If everythting works out you should see: 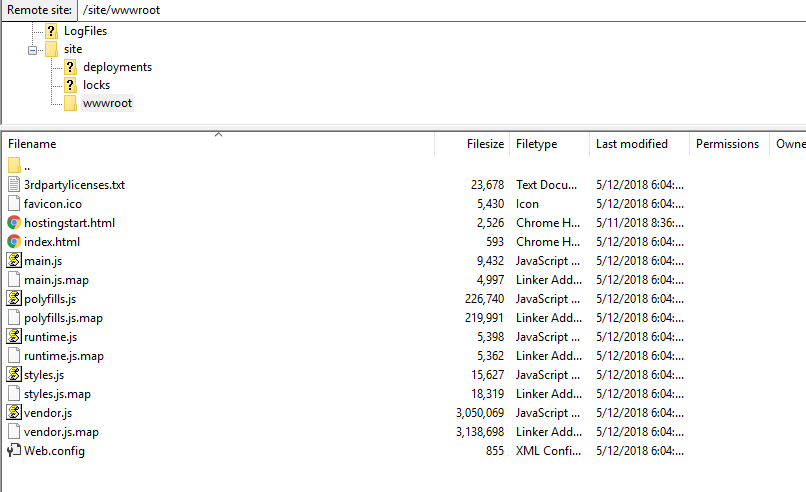 Last but not least, you should be able to view your Angular 5 Application via your Azure Web App url: 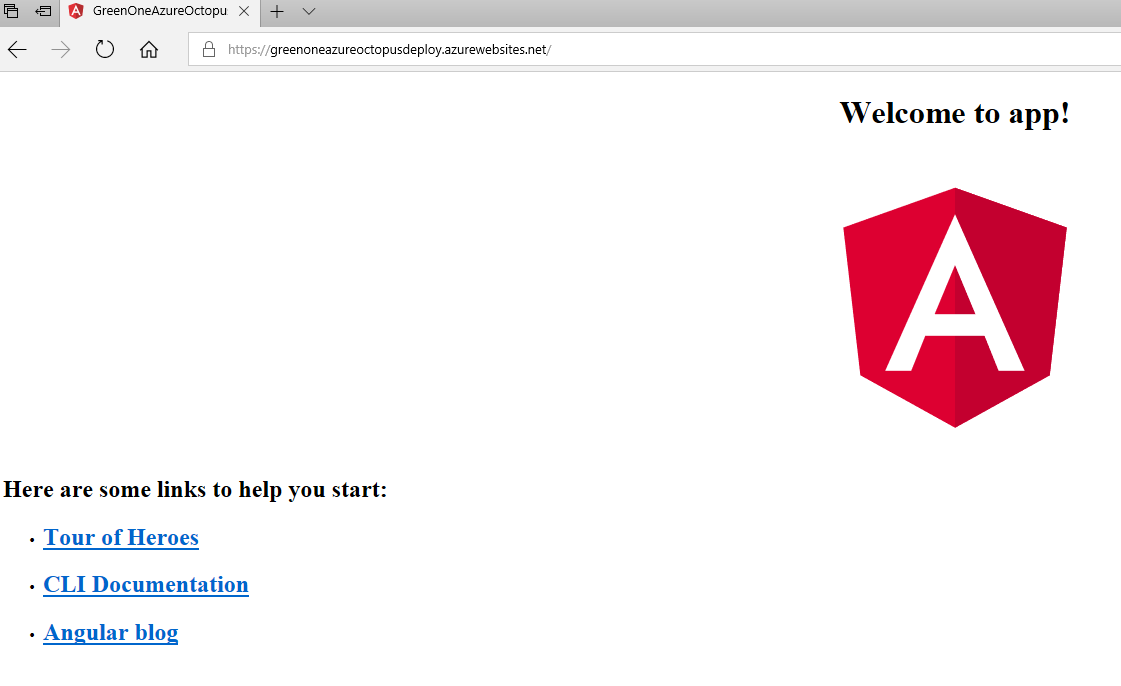