I recently setup Plex Media Server on my Ubuntu 14.04 Server. I wanted to write a blog post on how I went about doing it.

The Tools I Used?

What I Already Had?

I downloaded the latest version of the Plex Media Server from Plex’s official site, which you can find here. To find out what bit version of Ubuntu I had, I typed the command:

I then used FileZilla to upload the “.deb” file to my home directory.

Next, I navigated to Plex’s official guide on how to install Plex Media Server on Ubuntu, which you can find here

After Plex Media Server is installed, it will create a new user called “plex”. This user will need write and execute permissions on the directory where you will store your media. I confirmed that this user was created by running the command below, which will show all users and the plex user should be one of them:

Next, I logged into my Ubuntu Server using Putty and in my home directory, I created a directory called ‘My Plex’ using the following command:

Inside of this directory, I made the following sub directories:

My TV Shows
My Movies

I then made the “plex” user the owner of the My Plex directory by executing the following command:

I then granted elevated priviledges to my ssh login that will be used to upload media to the “My Plex” sub directories. I did this by executing the following command:

Step 3 -Log into the Plex Media Server via localhost

Now that my Plex Media Server has been installed and I have setup sufficient directory permissions on Ubuntu, I now needed to log into the Plex Media Server via SSH Tunnel. I needed to do this because I have to “simulate” access as if I had actually remoted into the Server and was browsing locally.

First, I opened up Putty and entered my Ubuntu Server IP Address:

Next, in the left navigation, goto Connection->SSH->Tunnels. For “Source Port”, I entered “9999” and for the “Destination” radio buttons, chose “Dynamic”. 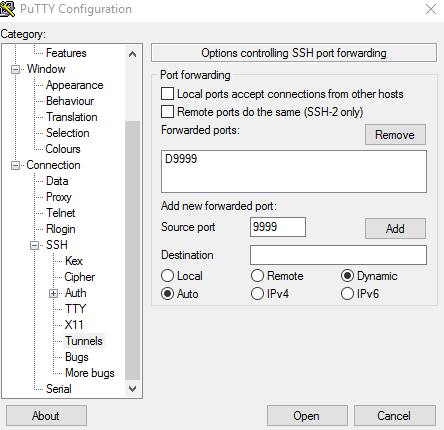 Next, I went back to Session and saved my settings. After this, I pressed the “Open” button and logged into my Ubuntu Server.

Next, I opened up Firefox, navigated to Options->Advanced->Network->Settings and entered settings so my final screen looked like the below: 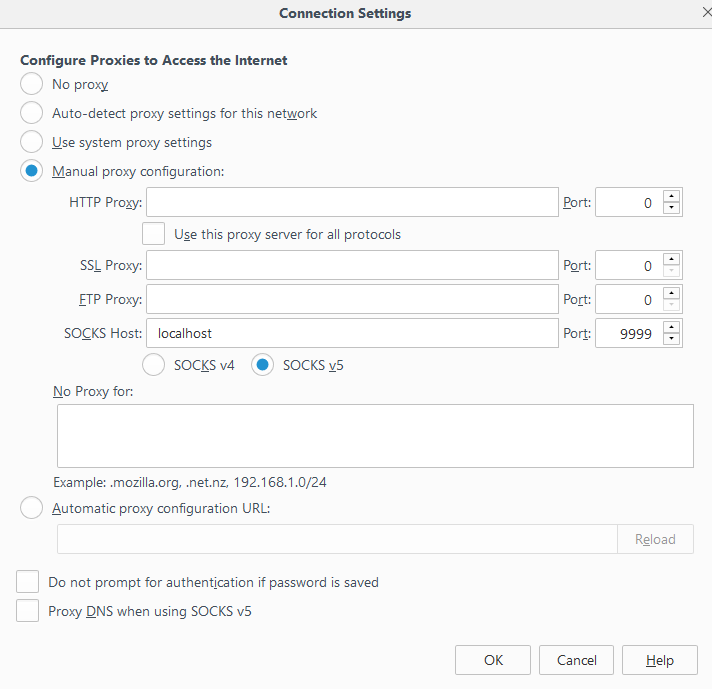 To ensure that I was now browsing through my SSH Tunnel, I used whatismyipaddress.com/ to verify that my IP Address was my Ubuntu Server’s IP Address.

Finally, I navigated to http://localhost:32400/web to log into my Plex Media Server. I entered my Plex credentials and I started configuring Plex.