This week I decided to devote some time to learn a little more about Azure Cloud Services. To begin educating myself, I decided to try my hand at implementing the outstanding Contoso Ads Demo Application. You can find my completed solution on GitHub here.

I recreated the entire Contoso Ads Application from scratch, but when I was ready to deploy the Cloud Service to Azure, I observed some very odd behavior. I think this behavior is based upon whether you create the Azure Storage Account in Azure Classic vs Azure Resource Manager mode.

The first odd behavior that I found was that when I tried to set the Web and Worker Role Azure Storage and Diagnostic Cloud Connection Strings in the Visual Studio 2015 Settings window under each role’s property page; the Azure Storage Account Name would not display in the drop down box. 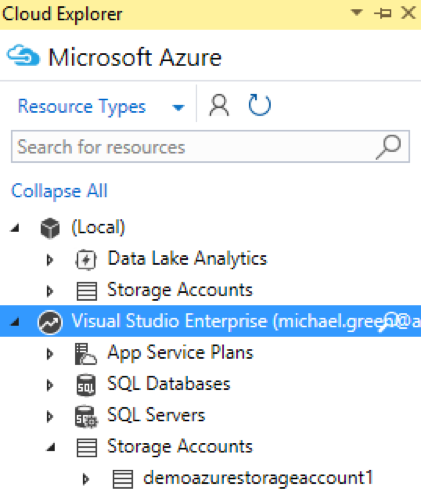 Next I tried to enter the Azure Storage Account information manually in the Create Storage Connection String screen in the Web and Worker Role properties settings. 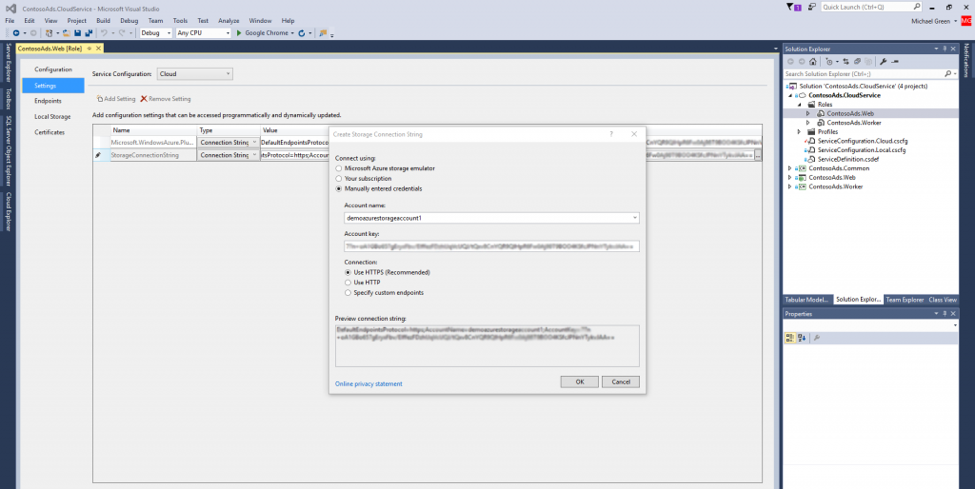 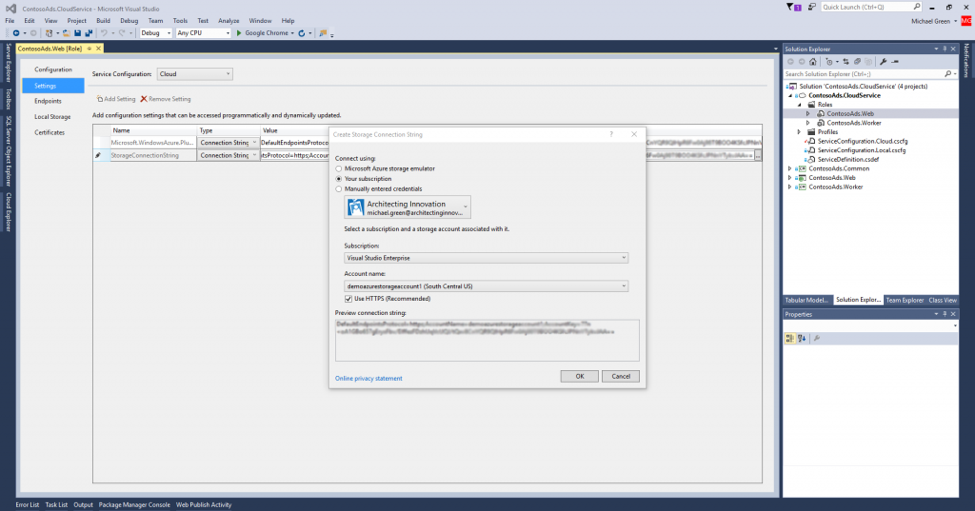 I was finally able to deploy the Contoso Ad Cloud Service to Azure without any issues using Visual Studio. After deploying my service, I created another Azure Storage Account using the Resource manager deployment option to see if Visual Studio 2015 would see it, and of course it did not. However, I noticed another odd set of behaviors in the Azure Portal: both Azure Storage Accounts displayed properly in the Azure Portal under the All Resources tab. 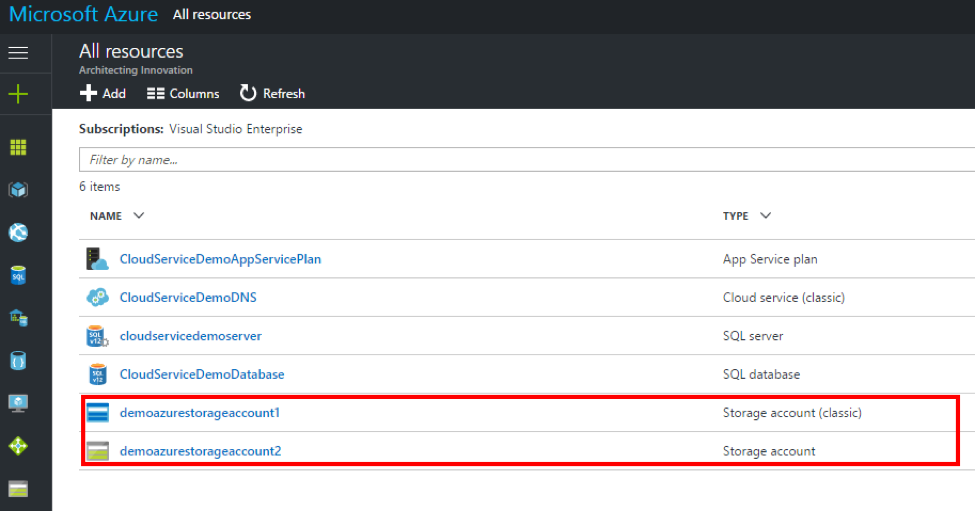 However, when I navigated to the Storage accounts tab in the Azure Portal, only the Azure Storage Account created with the Resource manager deployment option would display.

I am sure that the behavior that I describe as “odd” is a known issue by Microsoft, and most likely it is behavior that was implemented (or not implemented) by design. It is my understanding that the Azure Portal was completely re-done over the last few years, and as a result, the Azure Team probably had to make some compromises to retrofit some of the Azure Resources that were created in the Azure Classic Portal into the new Azure Portal. I just wanted to write a quick blog talking about the issues I faced, in case others run into the same problems and to point out that right now, there is some confusion around Azure Classic and the current Azure Portal.