Background!
At one of my clients, we started to collect data from a new source into our ecosystem. After a few Sprints of working on this effort, the Security Team stated that a portion of this data needed to be encrypted. The issue was that unencrypted data already existed in DEV, QA and UAT (the new features had not made it to Production yet) and once you implement encryption/decryption in the ecosystem, the ecosystem will assume that the data in the database is already encrypted, so when it tries to decrypt the data, you will get errors.

My client stated that they have handled this issue before by just creating a .Net Console Application that uses their custom encryption library to encrypt unencrypted data in the database prior to implementing encryption on the columns in the ecosystem. However, I was told that the Support Team no longer wanted to run these types of applications themselves and just wanted to use Octopus Deploy to execute the Console Application in each environment.

My main issues were: 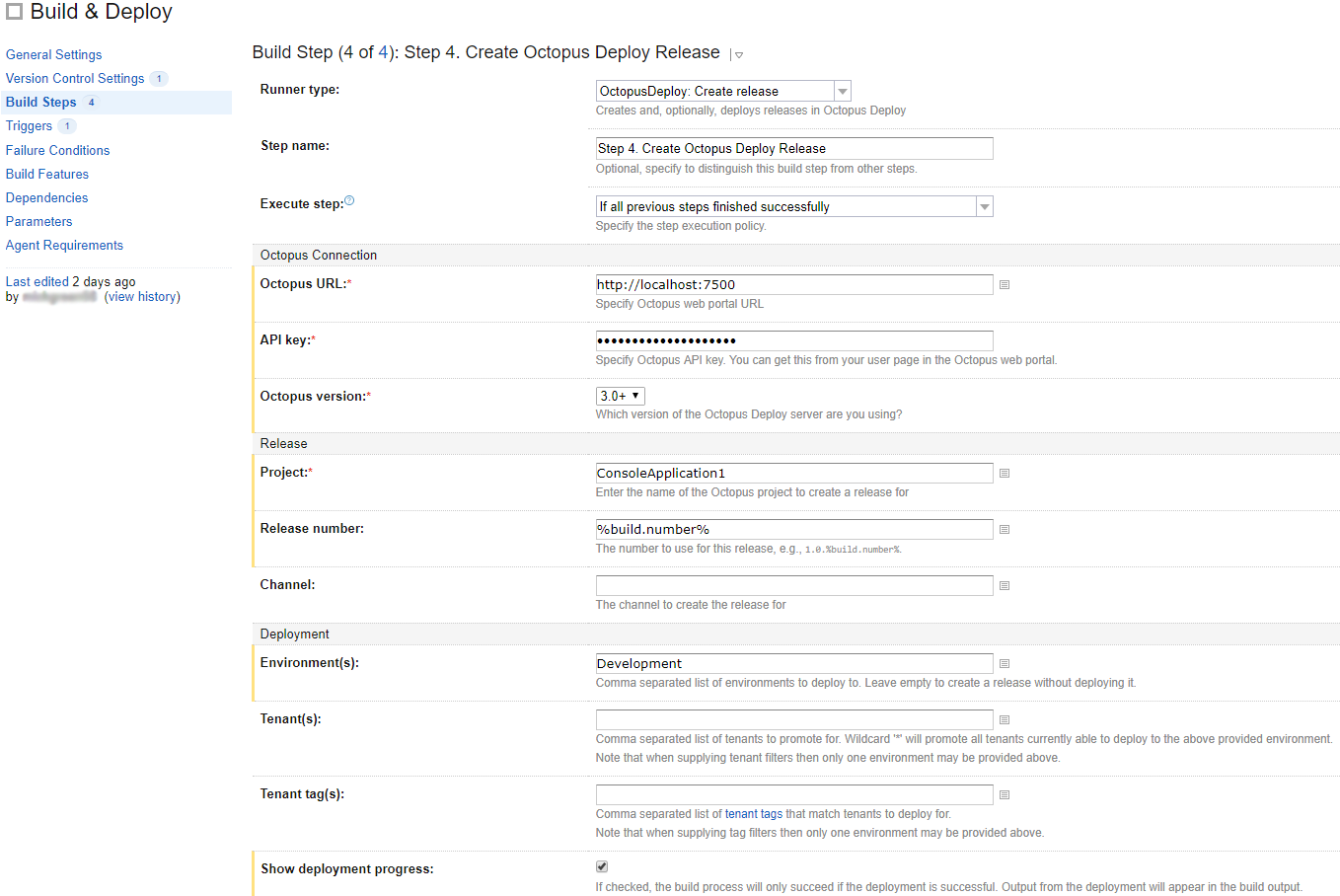 Here is the script:

Step 2 - Add a Deploy a Package Step:
Under the Process option for the new Project, I chose “Add Step” and chose “Deploy a package”.

Below is how I configured the “Deploy a package” step: 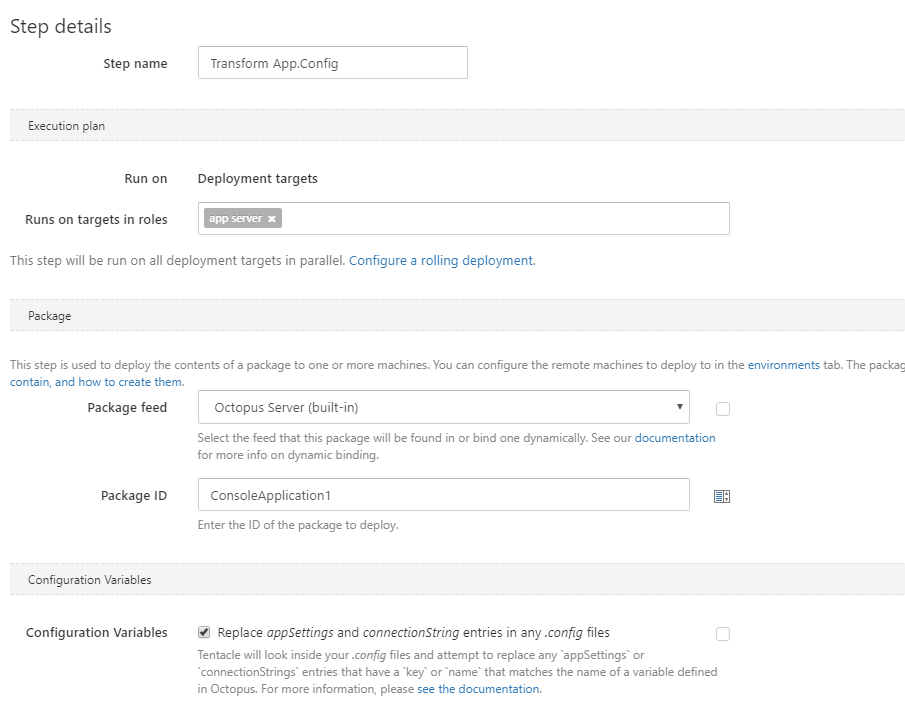 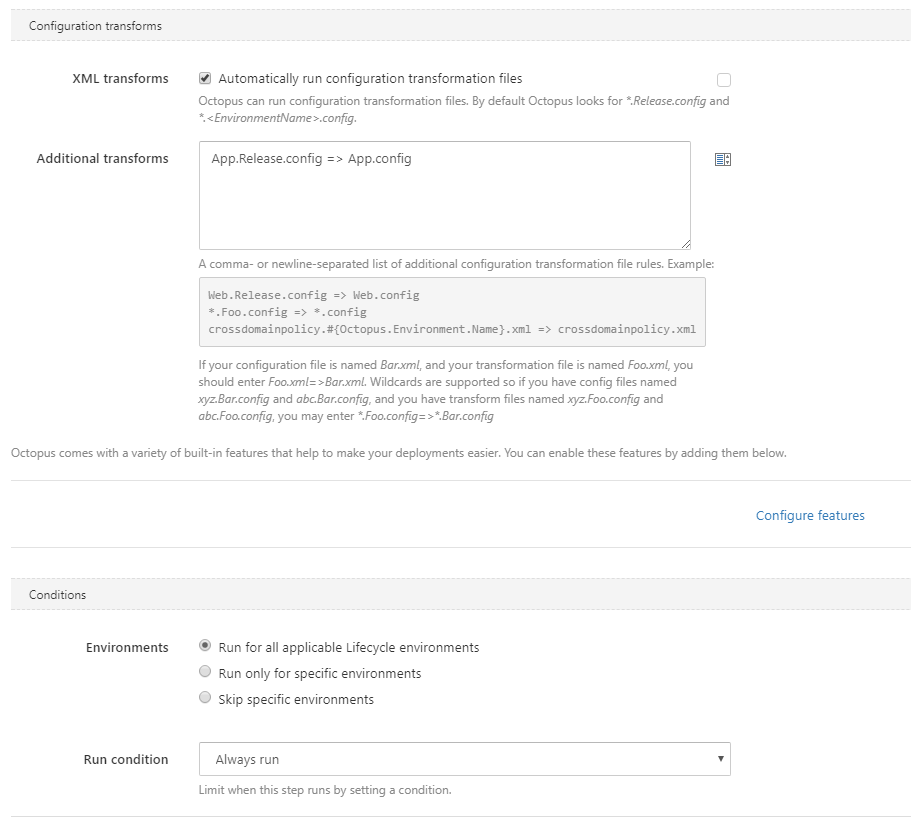 Step 3 - Add a Run a Script Step:
Next, under the Process option for the new Project, I again choose “Add Step” and chose “Run a Script”.

Below is how I configured the “Run a Script” step: 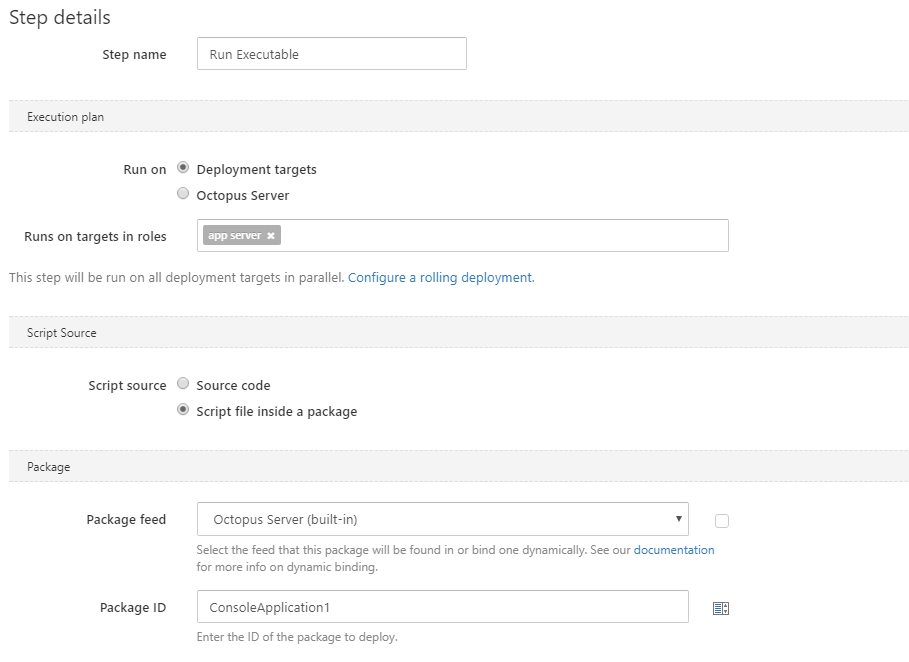 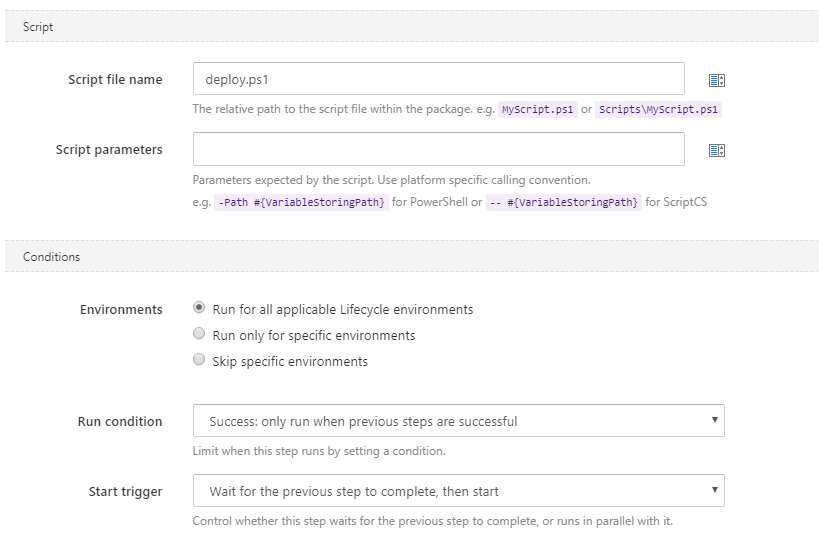 Here is what my Octopus Deploy Project Deployment Process looked like when I finished adding all of the steps:

Step 4 - Run the Project in TeamCity:
Now that we have setup TeamCity, Octopus Deploy and written our PowerShell script, it is time to run the ConsoleApplication1 project in TeamCity and see if all of this stuff works. To verify that everything works the following should occur:

« How to Implement StructureMap 4 in a WCF Service using Nested Containers Another Reason Why I Love Unit Tests Part 2! »