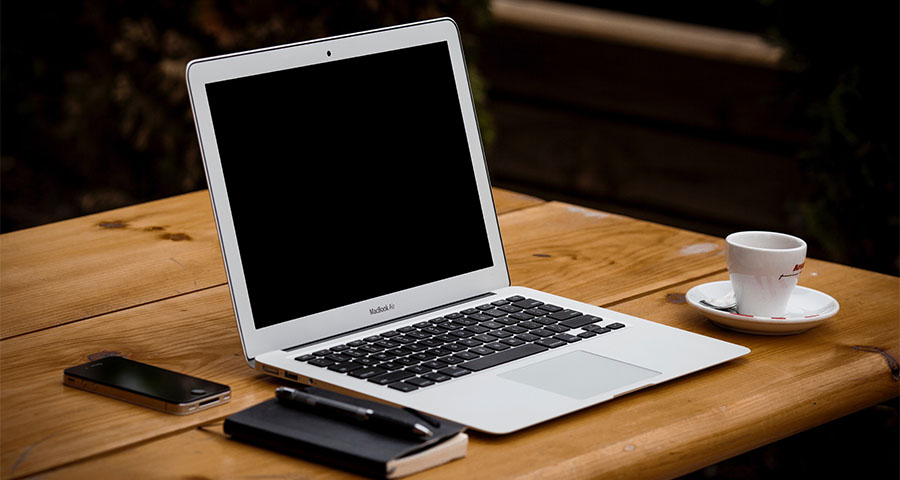 I have been working remotely for almost 3 years because the client that I had for over 2 years was in California (I live in Texas) and my current client doesn’t require me to come into the office. However, for almost a year, I have been working 100% from home. I just wanted to take some time to talk about why I started working from home, why I like working from home and a few adjustments I have had to make.

My Thoughts on Remote Work Pre-2013

2013 was the first time in my career where my client was in another state and I had to work remotely. Prior to this client, I had to be on-site everyday and I couldn’t have imagined doing anything else. I felt that I needed to be on-site because if I couldn’t figure something out, I could get help from team mates and being an extrovert, I needed human interaction on a daily basis. On two occasions, I had clients that required one commute that was 70 miles one way and another, 65 one way and though it was annoying to have to drive those types of miles, my mindset was firmly set in the “on-site” model.

To be completely honest, I kind of looked down on those who worked remote. I kind of felt that they were not “fully” part of the team, maybe they were lazy and probably didn’t do as much work being remote, even though there was no evidence whatsoever to back up this bias.

In 2013, I took a job with a company that was dedicated to the “Remote” model. The company would go after business all over the United States but sell their clients on the benefits of remote work. When I joined this company, my first client was supposed to be in Irving but fate had other plans, and I ended up working for a client in Livermore, California.

To be honest with you, I still wasn’t sold on the remote model and I still was very concerned that if I didn’t have daily face to face interaction with the client and team members, that this would limit my effectiveness. The first project I was placed on with this client was a Death March Project. Even though I could have just worked remotely the entire time on this project, because I still had a negative view of remote work, I asked the client if I could do 100% travel for this project, that was roughly 3 months and probably the most important project at the time.

After this project was over, I was moved to a different project, that was important but not enough to ask the client if I could travel to California every week, so I had to get use to the remote model. I was on this project for about a 1.5 years and I work out of my company’s office. As the months past on this project, I really started settling into the remote model. I felt that I was just as productive working remote, being a morning person, I felt that I had more flexibility in my schedule, I could avoid the client’s politics a lot better and with tools like Skype, I could visit with my team mates in California at any time.

After being on the project I just mentioned for about 1.5 years, I was asked to move to another project with this client and asked to literally pull it out of the fire and get development back on track. I was still coming into my employer’s office everyday and was actually the first person in the office at around 7 AM every day because I am a morning person. On this particular project, I was on the team with 2 other co-workers who were in Dallas, so the entire team was local. After about 2 years of opening up my employer’s office everyday, I started to wonder, “Do I really need to be in this office every day?”.

We had 1 SCRUM stand up every day but outside of random walk-ins in someone’s office to discuss an issue, I started to feel like I didn’t need to come into the office much.

One day I am sitting at my desk and I get a call from my bank. My bank notified me that someone had stolen a very large sum of money from my bank account. It took me probably 2 weeks to get things sorted out and I worked from home those days because I was constantly on the phone with my bank discussing very sensitive information.

As I have stated before, I am a morning person. My employer’s office is roughly 1 hour from my house. So I would literally get up at 5:30 AM everyday, so I could be at my employer’s office by 7 AM and I did this for about 2 years straight. When I worked from home those few weeks to take care of the fraudulent activity on my account, I started to think to myself, “You mean I can get up at 5:30 AM everyday and you know, just start working?” With this particular client, per the Statement of Work, I had to work 9 hour days, so it was nice to start the day early.

When I started working from home, I did get some “limited” push back from my employer, mainly because everyone was used to me coming into the office every single day. However, because I had opened up the office every single day for over 2 years and many other consultants worked from home 100%, they conceded that it didn’t make much since for me to come to office when I could be just as productive at home.

Great for the Pocketbook

When I first started working from home, the very first thing that I noticed is that whenever I would go into the office, most often, on Fridays, for a meeting, when I would get into my car, I would be so surprised that I still had a full tank of gas. My commute to my former employer’s office was a little over an hour one way and because I don’t like paying tolls everyday to go to work, I take the back roads, which consumes a lot of gasoline. When you work from home, you don’t have to buy as much gas and because of this, it has a direct positive impact on your pocketbook.

Also, when I am required to be on-site, the likelihood of me going out to eat lunch with co-workers is very high and this tends to eat away at your pocket book over the course of a year. Now that I work from home 100%, I eat small snacks throughout the day and almost never go grab something to eat for lunch.

One of the reasons why I am more productive at home is because my setup is probably better than what most office settings can offer. Last year, I got a 3rd monitor, which has made me immensely more productive and my Internet speed is 150/150 Mbps.

If I want to stream a movie, regardless of the size or the content or listen to music at the highest quality, I no longer have to worry about how much bandwidth I am using. Just as important, I don’t have to use earbuds or headphones, so my ears have gotten a nice break.

When I am required to be on-site, I am usually the first person to get to the office because I am a morning person and I like to try to beat traffic. Getting up st 5:30 AM and driving an hour and half commute everyday is banal, repetitive and in many cases, not very productive. The hour and half I spent making my commute, I could have been responding to emails, doing code reviews, writing code or some other productive task. Not to mention, I am going to have to leave work and drive another hour and half to get back home and most likely there will traffic, construction and school zones.

Overall, I have found that repeatedly doing the above builds up unnecessary stress, back pain and negativity. Now, when I wake up at 5:30 AM, I can just fire up my laptop and start my day early, so I can “finish” the day early. I have found that I am extremely productive this way and I generally get a lot more stuff done.

I am Less Likely to Call in Sick

Throughout most of my career, I have always been the first person in the office because I am a “morning” person and some of my commutes were almost two hours one-way, so I had to arrive at the office early to avoid traffic in both directions.

I would typically get up around 5 AM and arrive at my place of work at around 7 AM. If I happened to not be feeling good when I woke up, I was more likely to just call in sick because if I started feeling better a few hours later, I would have no ambition to drive into the office late.

Now that I work from home, if I wake up and I happen to not feel so well, I just send an email informing my team that I may not be online today. However, 99% of the time, I start feeling a lot better after a few hours and since I don’t have to drive into work and most people are just getting their day started anyway, I just jump online and start working. Did several hours pass by that I could have been working? Yes, but I don’t have to waste a few more hours commuting to and from the office.

One major drawback of working from home is that at times, I tend to miss human interaction. I am by nature an extrovert, so when I am dealing with people, I am in my element. The way I deal with this issue is to either go into the office every once in a while, eat lunch with current and former co-worker on a weekly basis and attend Meetups.

Another drawback of working from home is that in some cases, you cannot beat face to face interaction but I believe this is a carryover from my old way of thinking. When I was required to be on-site, whenever I would have an issue, I would just talk to a team member sitting in the same room or go someone’s office to resolve the issue. As I become more comfortable with remote tools like Skype and Slack, I find that I am becoming more comfortable with this type of communication.

« How to Create, Configure, Deploy and Stop a Azure WebJob Why You Need to Shed the New Guy Title as Fast as Possible »