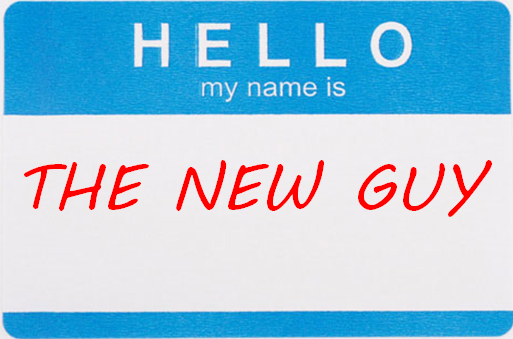 I had an interesting conversation with a friend and former co-worker a few years back regarding how quickly a consultant should start solving problems for a client when joining a new project. I wanted to write a quick blog on why I think it is extremely important for every consultant to shed the “new guy” title as fast as possible when they join a new project.

At one point in my career, I was assigned to a particular project as the Lead Developer and Architect. The consulting company that I worked for at the time had done work for this client in the past with mixed results. With this particular client, in the past, there were several missed deadlines, personnel issues and the project consistently suffered from scope creep. Complicating matters was the fact that every single Consultant who had worked on this project was no longer with the company, so there was no knowledge transfer.

Because of these historical issues and the fact that I had to learn the codebase, ecosystem and domain on my own, I dove into the codebase pretty hard a few weeks before the statement of work was signed, to ensure that I was up to speed once the project started.

A few days before our scheduled kickoff meeting, the client emailed me and stated that they had found a few Production issues and asked if I could get them fixed, even though the project had not officially started and I was new to project. Because I was new to the codebase, it took me longer than usual to find the Production issue and more importantly, to fix it.

After figuring out how to resolve the Production issue with certainty and before notifying the client, I was talking to a former co-worker who had worked on the codebase in the past. I mentioned to this individual that I was already prepared to fix a few Production bugs before the project had started. Surprisingly enough, we disagreed on when I should notify the client that I had the solution for the Production bugs and that I could have them fixed as soon as the project started.

My friend and former co-worker felt that in Consulting, you always want to “pace” yourself and be careful not to set high expectations. He stated that it would be a mistake to demonstrate that I had acquired enough knowledge about the codebase that I could fix Production issues before the project had started. In his opinion, demonstrating this type of competency early on would be detrimental to me because the client would begin to expect this type of delivery throughout the course of the project.

I respect this individual quite a bit but on this issue, I disagreed with him 100%. I ended up taking my own advice and sending an email to the client a few days before the kickoff meeting that I had a solution to their Production issues and that the solution didn’t require a full deployment of the code beacause the problems were JavaScript issues. As expected, the client was pleased and at the end of the day, this is what a Consultant’s job entails.

Below, I will discuss the reasons why I disagreed with my former co-worker and why I have always felt that when you join a new project, you want to shed the “new guy” title as fast as possible.

You Never Get a 2nd Chance to Make a First Impression!

The old adage of “You never get a 2nd chance to make a first impression” really applies to this situation. The earlier you can demonstrate competence and an ability to solve problems, the sooner the client is able to trust you. I knew that if I was able to go into the kickoff meeting with executives and was able to demonstrate that I could solve their problems, that it would give me more confidence going into a new project. Also, demonstrating competency before the project had begun would give the client early assurances that they were going with the right individual (and Consulting Company) to solve their issues.

You May Need to Call in a Favor!

Another reason why I believe you want to shed the “new guy” title as quickly as possible and why I disagreed with my former co-worker was because on most projects, you will make a few mistakes, some bigger than others. When you demonstrate competence very early on a project, this gives you more leeway to make a few mistakes along the way. If you were to make a mistake somewhere down the line, many of the clients I have dealt with will be more forgiving because they will quickly remember all of the problems that you have solved in the past and see a mistake as an anomaly.

You are Putting Your Client First!

Last but certainly not least, when you solve issues as quickly as possible and not “pace” yourself, you are putting your client first and billing last. I feel that my job as a Consultant is to take care of the client, be a problem solver and solve problems as quickly and as efficiently as possible.