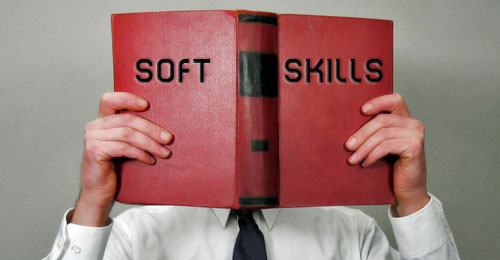 Hi there, welcome to part 2 of my blog series on soft skills, if you haven’t read part 1, you can view it here.

In part 2 of this series, I will be focusing on being professional, taking ownership and communication.

As a consultant, you will spend a fair amount of time at your client’s place of operation. When you are onsite at a client, you are representing your consulting company and yourself. While onsite, it is very important to provide a very professional and positive image of your company because you are not only being evaluated for your core skills but also how professional you are. Many consultants struggle to maintain a balance between the culture of their consulting firm and the culture of their client while onsite. With the exception of how I dress, I tend to take the “When in Rome do as Romans do” approach when visiting a client. My objective is to stand out because of my soft and hard skills and not as a result of be being completely misaligned with my client’s culture. I take the approach that the client has invited me to their house as a guest and it is my duty to treat their house and the people inside of it with respect.

Although it can be difficult, I try to avoid the office politics while at the client and attempt to be very consistent in my behavior at all times. Also, I typically take the view that every full time employee (FTE) at the client site is my boss. I take this approach because even though I may not be working directly for certain FTEs, you never know where new sources of revenue will originate from in other parts of your client’s organization or who you may need assistance from, so I try to be friendly and accomodating to all the employees in the organization. I remember being onsite with a client on a small team of other consultants from my firm. Many of my teammates had problems showing up to the client’s office on time for daily SCRUM stand ups. Eventually the SCRUM Master, who was a FTE complained to our consulting firm about the constant tardiness and wondered if everyone at our firm was habitually late at other clients. Although it may not be fair, your client and the FTEs that make up their organization will tend to judge your consulting company on the basis of how they perceive you, so it is very important that you view yourself as an extension of your firm and be professional at all times.

If you do an Internet search for a list of the most desirable soft skills employers look for, many times you will see “taking ownership” listed very high. As a consultant, you will be expected to take over projects and do what I call “owning” it. Owning a project or task involves taking full responsibility for ensuring that it is completed or stays on schedule while you are assigned to it. Also, implementing new ideas, increasing efficiency and making things better than when you were initially assigned the project or task is taking ownership. In my previous blog, I talked about how having soft skills makes the job of you, your colleagues and your boss a lot easier. When your boss can hand you a task and you can run with it and take complete ownership of it without having to be spoon fed, it takes tremendous burden off of everyone.

Several years ago I was working for a local city government who was upgrading their ERP system and also transitioning it from being hosted in an AS400 environment, to Windows. I was given high level instructions of figuring out what mission critical applications were still being used on the AS400 and to re-write them in Microsoft’s .Net Platform. I was extremely nervous because I hadn’t been given a task like this and my boss was busy handling the actual upgrade of the ERP system. I took complete ownership of the project and initiated meetings with personnel across many departments of the city, made key decision on my own and only occasionally bothered my boss when extremely important decisions needed to be made or I simply had no answers. Taking ownership of the project, and not having to be spoon fed allowed my boss to devote most of his time on the bigger picture and also not having to focus on a major part of the systems upgrade as he had someone else “owning” it.

One of the most important soft skills that one can possess is the ability to communicate effectively. However, notice that the title of this section is “Communication”. What I have noticed is that you can forget about “effective” communication, many people have a hard time just communicating anything at all. When you have a consultant that doesn’t communicate, it can create havoc for just about anyone that depends on this individual, including the client. I remember being at one client where I was on a 4 member team working on a mission critical application. On this assignment, we didn’t do cross training, so if you worked on a particular part of the software, it was something you continued to work on as we progressed through the Agile Sprints. One individual worked on a very important piece of the software and had a lot of domain knowledge. She had approached the client about leaving the country to attend a wedding several weeks prior to the event taking place. She was granted the request but unfortunately, the team was not notified until the week she was scheduled to leave because it was assumed by the client that she was communicating with the team and we had to scramble to soak up the domain knowledge she held and complete stories she had committed too during that Sprint.

I have been as guilty as anyone for not communicating to my client and my co-workers. At one client, we had been working tons of hours because we had Production releases every 2 weeks and something seemed to always go wrong during the release, which resulted in a lot of 2 AM troubleshooting. I eventually decided that I was just going to start coming in late or leaving early during those weeks. My decision was fine but the problem was that I never communicated this to my co-workers and the client, which resulted in them having no idea when I planned to come in during those days. My advice to people is to communicate just about everything that you feel can have an effect on those around you, no matter how trivial you may think it is. The vehicle in which you choose to communicate with others is a personal decision. Whether through text, email or a phone call, you should strive to continually communicate your actions to those who may be adversely affected by them, so they have proper notice and be can be more prepared.

Being professional, taking ownership and communicating are soft skills that can be very beneficial to your career and help you become a better leader.

What are your thoughts?

« Lessons I learned after being laid off for the first time What are the Pros and Cons of Agile Scrum? Part 1 »